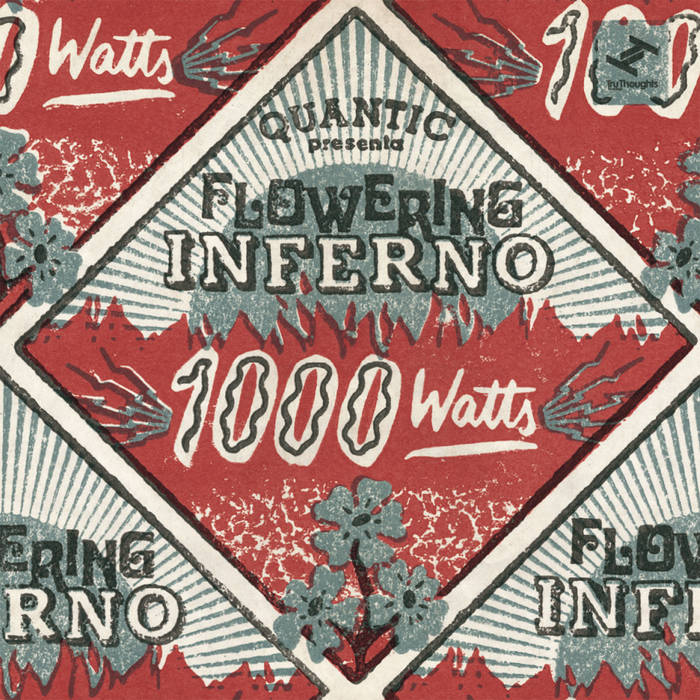 followthewaydan Heavy varied rhythms, floating keyboards, Dub (echo-o-o-es), subtle horn lines, and quality vocals here and there, all with a respectful nod to the Classic era of Reggae.

The third album from the tropical dub-infused Quantic Presenta Flowering Inferno project, ‘1000 Watts’ sees musical explorer Will “Quantic” Holland making a more concerted foray into pure reggae-roots territory. Recorded direct to tape, the LP draws together a set of classic style rhythms for the dancefloor, and for this outing Holland enlisted the most prestigious roll-call of guest performers yet. Alongside U-Roy and Alice Russell, the featured artists include popular reggae singers Hollie Cook and Christopher Ellis; the late, great keyboard maestro Ikey Owens (whose tragic 2014 passing followed a career working with everyone from Run The Jewels to The Mars Volta to Jack White); and legendary Jamaican drummer Santa Davis, known for his work with the likes of Bob Marley and The Aggravators.

“Is there any musical genre that Will Holland touches that doesn't turn to gold?" – DJ MAG