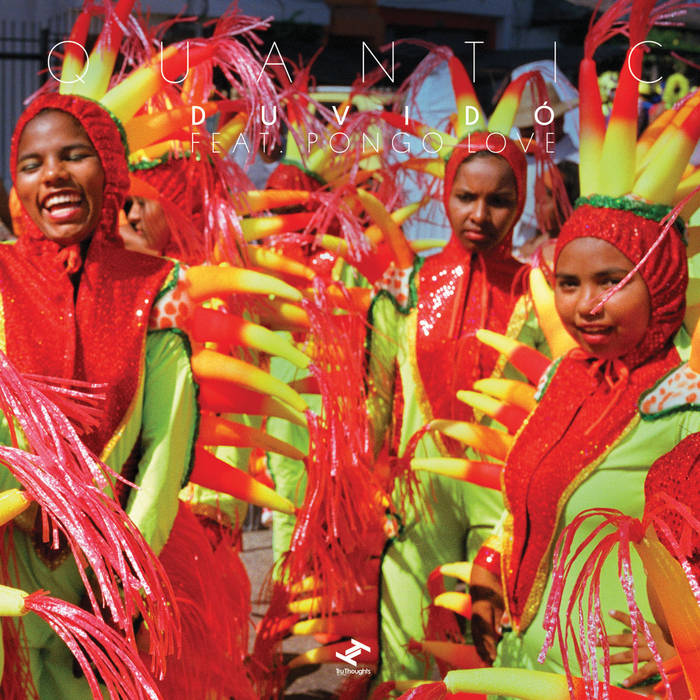 I was A user

A fiery vocal delivery, with lyrics in Portuguese heavily dosed with slang from Portugal and Angola, makes this intoxicating party cut all the more unique, and showcases the style that made Pongolove a go-to collaborator for Buraka Som Sistema (most famously, aged just 16, fronting their huge 2008 hit "Kalemba (Wegue Wegue)"). Set against Quantic’s heavy electronic bass and authentic and experimental melodic elements, the playful, street-smart artistry of this great MC and singer calls to mind flashes of M.I.A., another early Buraka collaborator.

Reflecting Will “Quantic” Holland’s desire to bring an African aspect onto the backdrop of his Colombian influences of recent years, “Duvidó” unites curulao from the Pacific coast of Colombia with the kuduro and semba rhythms of Angola; and Colombian marimba mixes with the merengue or highlife feel of the guitars. Plenty of innovation bubbles around these traditional sounds, highlighting the innate talent for trend-setting production that has always made him one to watch, across more than a decade as a prolific artist.

As with his every release, “Duvidó” sees Quantic breaking new ground. “It has a lot of elements in it that I had touched on previously through DJ-ing or mixes, but never through my own recordings and collaborative work”, he explains; “I've played Angolan music a lot in my sets over the years but I had never collaborated with an Angolan artist, and I was introduced to Pongolove through Buraka Som Sistema after hearing their work together.”

A gem for DJs and collectors, the “Duvidó” 12” boasts two exclusive vinyl-only tracks – an entrancing and polyrhythmic Alternate Version of the lead song, and a new club cut “Mambe Nights” - as well as the “Duvido” instrumental. A limited run of 300 coloured vinyl will be available alongside the heavyweight black pressing.

Quantic has spent the last seven years living in Colombia (with stints in both Calí and Bogotá), a base from which he sought out and worked with many of the finest musicians from Latin America and the Caribbean. The sum of many musical adventures, the new album finds Quantic revisiting his electronic roots, blending distinctive, forward-thinking production with elements of folk, reggae, soul, highlife, cumbia and more - with a host of handpicked guests illuminating the sounds, styles and languages of Ethiopia, Jamaica, Brazil, the UK and beyond. Anticipation for the record is running high, as befits the first studio album from Quantic under his main solo moniker since 2006’s ‘An Announcement To Answer’. He has, of course, been far from quiet in the interim, with acclaimed side-projects including The Quantic Soul Orchestra, Quantic and his Combo Bárbaro, Quantic & Alice Russell, Flowering Inferno and Ondatrópica (Soundway), and high profile live shows to match.

Look out for Quantic Live tour and festival dates throughout the UK, Europe, US, Australia and beyond.