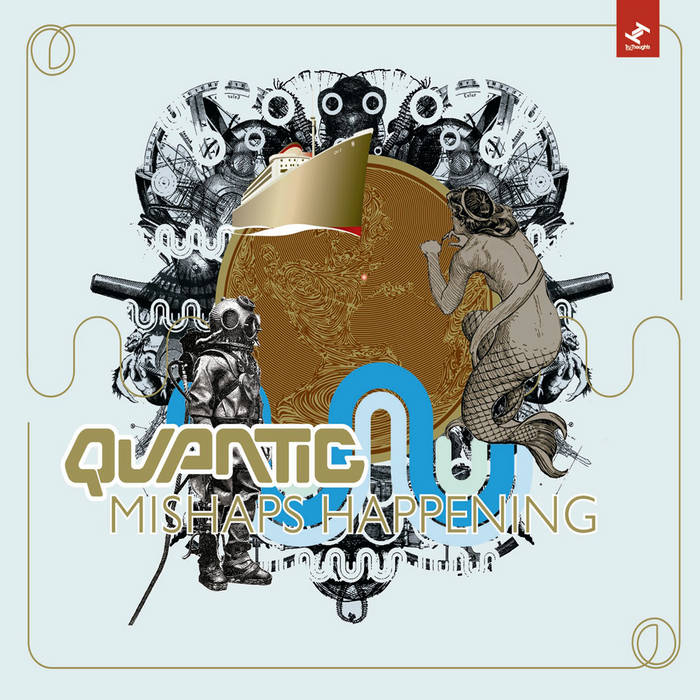 Moni "You plant potato, you harvest potato." Afro soul, jazz and funk numbers. Upbeat and dancefloor friendly. The Alice Russell tunes are really nice too. Favorite track: Use What You Got feat. Sonny Akpan.

Drawing from a wide range of musical influences, prolific producer Will Holland has once again delivered a veritable melting pot of grooves, fusing erstwhile soul, funk and jazz with roughed up, toughed up future beats. His previous outings under the Quantic moniker, The 5th Exotic and Apricot Morning, have already demonstrated the variety of musical backdrops in which this deft producer feels comfortable composing and “Mishaps Happening” follows suit.

Opening with a Latin flavour, title track “Mishaps Happening” is a memorable amalgamation of samba, jazz and breakbeat that bounces and skips its way towards the dance floor. Maintaining tempo “Use What You Got” is an afro-beat workout featuring the agriculturally minded Sonny Akpan from Nigerian group The Funkees. Encompassing lush instrumentation and incessant rhythm, “Sound Of Everything” melts together sultry jazz and street soul and is the first track on the album to properly feature long standing Quantic collaborator, chanteuse Alice Russell. Alice returns to close the album on “So Long”; her sensuous delivery floats over a fusion of hard hitting hip-hop drums and a blue beat skank. The track also features the banjo-plucking prowess of Will’s father Terry Holland. It would be fair to say that collaborations are the fuel to Quantic’s musical fire, from French MC Trinidad who features on the foot stomping “En Focus” to the aforementioned Alice Russell. Nothing, however, fans the flames higher on Mishaps Happening than the two collaborations with the legendary Spanky Wilson. Spanky has been singing for three decades, and the recent rediscovery of her seminal funk versions of Cream’s “Sunshine Of Your Love” and Bill Withers “When I’m Kissing My Love” have served to introduce her to a whole new generation, albeit unbeknownst to her. Thankfully, due to his unique drive and determination, Holland tracked down Miss Wilson and not only informed her of her new found popularity, but persuaded her to perform on two Quantic tracks. The first, “Don’t Joke With A Hungry Man” is an authentic slice of southern funk with scratchy guitar and punchy horns. “When Your Through”, though still heavy on the funk, turns up the tempo with a more contemporary feel. One of the album’s most long-awaited tracks is the drum and bass stormer “Perception”. Having been championed on CDr prior to release by Quantic and Tru Thoughts’ main man Robert Luis, dance floors all over the world have been grabbed by the enormous snare roll introduction and captivated by the combination of big band swing and head down, floor filling drum programming. It finally receives a full release and fills the album’s penultimate spot. This is another accomplished work to add to Will Holland’s ever expanding cannon.

Like his other albums under the Quantic guise, as bandleader of The Quantic Soul Orchestra and half of The Limp Twins, “Mishaps Happening” is immediately accessible. Like previous Quantic recordings this is a body of work that should cross over from the dance floor to the living room with ease; wherever you choose to listen to “Mishaps Happening”, we hope you enjoy it.

Written-By, Producer, Arranged By – Will Holland